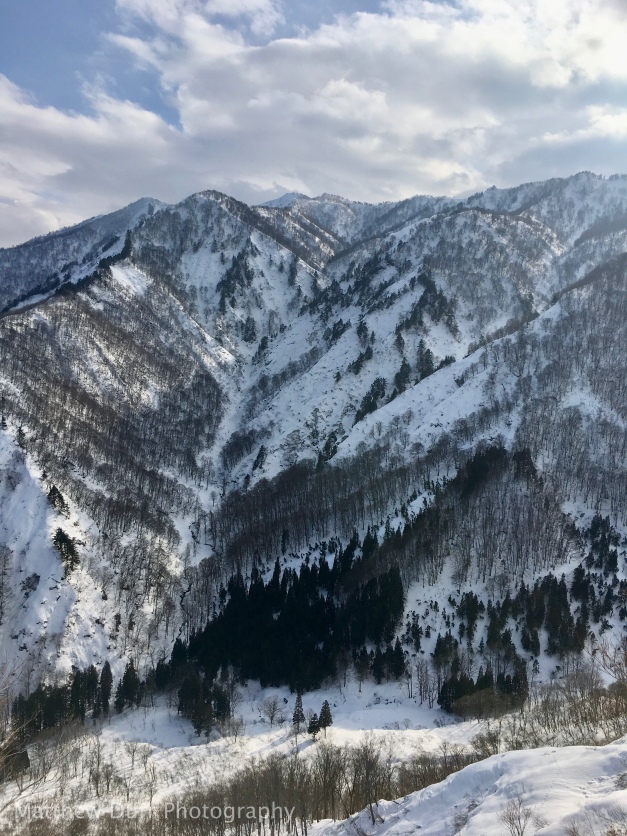 What a year 2017 turned out to be! Whether it be multiple and varied photowalks early on, three brand-new lens reviews, or even a first-shot at photoshop tutorials, I had a lot of photographs and accompanying edits to go through last year. In addition, the photographic world showed no signs of slowing down as company after company released new and exciting lenses and cameras to flesh out the industry. Sony E and FE mount continues to grow, Nikon is doing as well as ever with the d850, and Canon…well…they’re just doing their own thing. As I often write about in my monthly updates, I can’t imagine we are that far off from getting a full-frame sensor inside a NEX-7/a6500-style body. The technology is almost there, and if Sony can figure out the problem of heat dissipation in such a small product then I’ll finally take the full-frame plunge.

But what about stragglers? As I looked back on some of my previous catalogues from 2017 I found some photos I wanted to share that didn’t originally make the cut in their own posts. END_OF_DOCUMENT_TOKEN_TO_BE_REPLACED

I may have stated in my last post that there would be no “weekend update” post today. Though that is technically the case, I was able to make some time to go on a much-needed photowalk with a friend downtown yesterday with my NEX-7 and trusty 105mm macro to get some more impressions on the lens for all types of photography. Just as I wrote about my “first” impressions with my 300mm f/2.8, I’ve had this wonderful macro for many months now, and it has been my go-to lens for product shots and “serious” macro work for its crazy edge-to-edge sharpness stopped down (just exactly how sharp remains to be determined via formal testing). However, with it’s fast f/2.8 aperture (providing the same shallow depth-of-field control as the 100mm f/2.8 Series-E), the 105mm f/2.8 can be used for anything from sports to portraits, if need be.

I hope to do some testing on this lens for the next few weeks when I can make some time, so don’t hold your breath for a full review by next weekend. 😉 All of the following taken near sunset through a walk in the city with the NEX-7 and this macro, handheld. First up, for most of the photowalk I had this strange fixation on seeing and capturing patterns. I’m not sure why, but so many stood out to me: 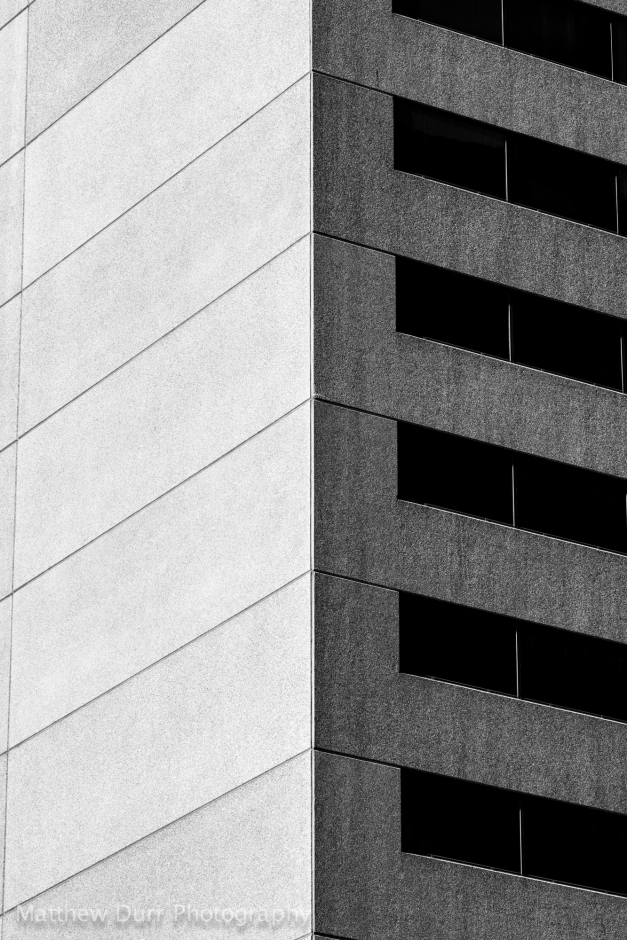 END_OF_DOCUMENT_TOKEN_TO_BE_REPLACED

I haven’t done one of these posts in a while, partly due to the fact I have been too busy with classes and other photo assignments to really have a chance to be “artsy” in my photography. But, I ran into a peculiar subject recently which was almost begging me to give it a thorough post-processing treatment of how my mind’s eye visualized the scene. If you are unfamiliar with this series, see here for a history of these posts.

As a matter of personal principle, I tend to stay away from photographing and sharing “pet pictures”. You know the kind. Those little snaps of people’s cats and dogs which can fill up over half of all their online profiles. Those pictures which tend to have no artistic creativity. Those shots that, quite frankly, are boring to look at unless it’s your own pet (due to the almost familial connection you feel to it). But, like most rules, there tend to be exceptions. There’s a local stray cat that has called my university’s campus home for about half a year now. Some of the students have even named this little guy who still appears to be a growing adolescent feline. It’s extremely friendly, walking up to total strangers and sprawling out on concrete sidewalks, begging to be petted and admired. 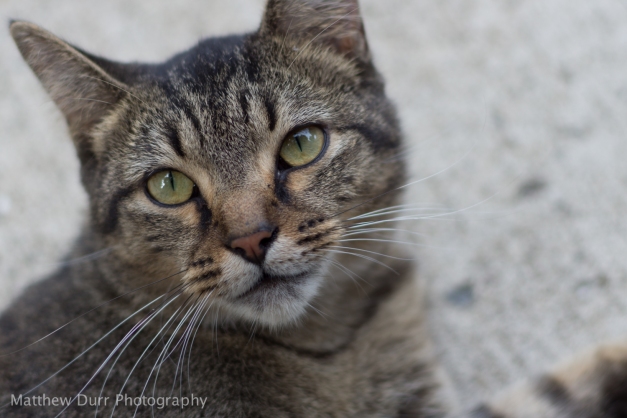 In all fairness, this original photo turned out pretty good, focus was nailed on the eyes, and the 3-D effect from shooting up close at the wide f/2.8 aperture works well. The low shutter speed due to shooting under shade didn’t result in any noticeable motion blur, and the framing is okay.

But, I wanted more. I’ve taken a liking to “HDR Portraits” recently, a style of photography which emphasizes every single detail of a subjects face through extreme contrast, extended dynamic range, and sharpness. In LR4, I do not have the capability to stack multiple exposures (which is a shame), but the “clarity” slider can sometimes be used to imitate the effect. Along with that slider, I wanted to bring out the vibrancy and saturation of the colors on the cat’s face. And to top it all off, I was compelled to strengthen the composition further with a square crop putting the top right eye smack-dab on two intersections of the rule-of-thirds grid (I also added a touch of vignette to emphasize this even more). The end result is a “pet picture” I’m pretty proud to share.

That’s all for this post guys and gals, thanks for dropping by, and as always, have a great day! 😀