Better late than never, I always say. I took some much-needed time off this past July 4th Weekend to catch up with some personal errands, so getting a website update out in time wasn’t a top priority. 🙂

That said, I can keep this month’s update pretty short and sweet. Aside from finishing up my South Korea posts, June saw me get back into the motions of writing lens reviews with my personal favorite Laowa 105mm f/2! Definitely give that lens a look-see if you find yourself wanting super-creamy bokeh in almost every shot. Currently I am working on a review of my Rokinon 16mm f/2, which has served me pretty well over the past year. Not a great lens, but for the price it does a good job at a relatively wide focal length.

As you can see in the title image, I had a little fun working a July 4th Color Run on base to help get my action photography muscles back in shape. For more shots from the powder-filled day (and yes, my camera gear and I got covered…), check out the department’s photo album here. I think I may start wearing a clear poncho to these kinds of events to protect my stuff!

In the world of Sony, the month of June has been a relatively quiet one. The A9 is, of course, garnering a lot of attention for shaking the foundation of the DSLR-dominated pro market, so I can only hope that continues (along with tech from the crazy camera trickling down to other models in the near future). As such, that’s all for this quick update, guys and gals, thanks for dropping by! As always, have a great day.

Just like that, another summer month flies by! However, it’s not like I can complain much, as I finally caught up with the plethora of photographs I made in my June travels, and still had some opportunities to make more photographs with what little free time I had.

One opportunity, as you can see above, gave me a nice chance to brush up on my sports photography chops and capture a new sport entirely! Annually, my base’s fitness department hosts a sprint triathlon on base, aptly titled “Beat the Heat Triathlon” since it starts in the morning just before the summer heat gets going. With my trusty NEX-7+200mm f/2 and a borrowed Canon camera (man, Canon’s are weird…), I scurried around the event area, capturing all I could from the athletes of all ages! This event marked the first time I’ve photographed sprinting bicyclists as well, which is another challenge entirely; with a 200mm at f/2, there’s only one frame out of a 10fps burst that will be in focus due to the high subject speed.

You can check out the full set of photos from the swimmers, bicyclists, and runners on the Navy Fitness Yokosuka official Facebook page.

Moving back a couple weeks, though, July began with a nice 4-day break from the trips made to Singapore and India. Because I apparently don’t understand the meaning of taking time off, I decided to go traveling inside Japan on my own again. This time, I took to the northern area of Japan and stayed in Sendai! This is the same general area hit hard by the 2011 earthquake, tsunami, and radiation disaster. Five years later, and many of the coastal areas affected have been completely rebuilt. I spent most of my time in downtown Sendai and also made a short day trip to a wonderful mountain temple called Yamadera. I will write a short post for that trip soon.

In photography-business news, Sony is reporting to have a quicker recovery from the Kumamoto earthquake than they originally predicted–good news for getting back on track for production and new announcements, I hope! Also, Nikon released a bombshell 105mm f/1.4 FX lens to complete their 58/85/105mm fast prime set. I am sure that lens beats the pants off my 105mm f/1.8 AI-s, but I do have to wonder how favorably it would compare to the Laowa 105mm T3.2 I own…If I had a full-frame Nikon, and a sample lens to test, I would gladly do a write-up, but it is very unlikely I would ever get my hands on either of them any time soon. 🙂

I do not have many photographic opportunities planned for August at the moment, so if anything, there may be just a few spontaneous trips to my local areas. Tokyo is always full of opportunity, so I do see myself going there a couple more times. Otherwise, I want to make a point to at least get started on reviewing that Laowa 105mm T3.2. I don’t need to write a review to tell you it is fantastic, but I know for many of my readers, a bit of objective testing would really help to form a better opinion. That’s all for this update, guys and gals, thanks for dropping by. As always, have a great day! 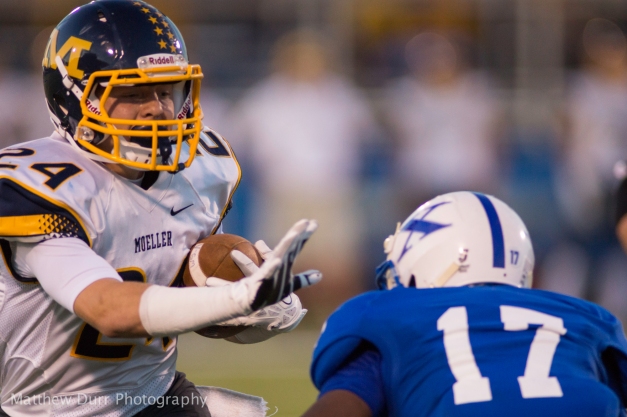 It’s a Christmas miracle! No, I’m not dead after all. However, the firm grip of graduate school has my schedule tied up in all sorts of knots. To make a long story short, I have found it nearly impossible to take time to pursue any photography endeavors lately, even paid opportunities. When you’re in five school music ensembles, preparing auditions for military bands, and still squeezing in a couple academic classes on top, any free time quickly gets assigned to eating and sleeping.

Sob story out of the way, I never know when I may get more free time. It may even be as soon as this coming semester, and I may also have more paid opportunities to persuade me to make more time for my secondary passion for photography. Regardless, I am so close to catching up with all my previous work. After this post, I just have to put together the last quarter of my grossly-overdue 2014 Project 52 (which may end up being posted in early 2015, whoops!), and I’m all set! END_OF_DOCUMENT_TOKEN_TO_BE_REPLACED

Catching Up: A Trip to Florida 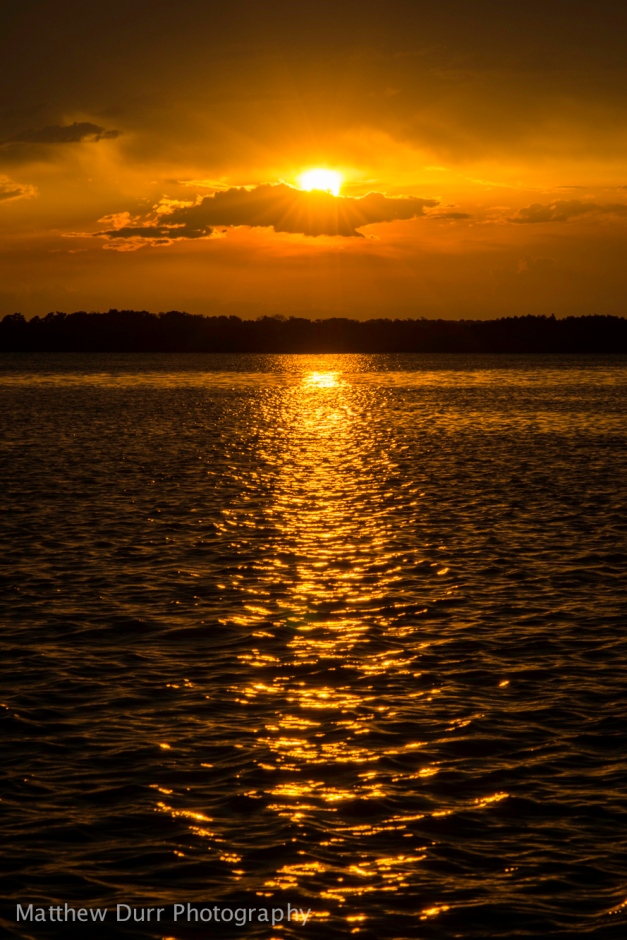 Stubbornly dedicated to a fault, however, I will update this site for as long as I make photographs—no matter how busy other obligations get.

In an effort to catch up, then, a couple months ago I took a brief trip with family to the Daytona Beach, FL area. Only today have I managed to find a bit of time to sort through my photographs, made with my usual Zeiss 32mm and Nikon 85/200mm trinity of lenses on the Sony NEX-7. In stark contrast to my brief trip to Nashville, IN, I kicked back for a good part of my stay, photographing only when I felt up to it, as I knew with the then-late summer heat, humidity, and harsh direct light, photographing during the day would mostly be a pain. END_OF_DOCUMENT_TOKEN_TO_BE_REPLACED

Just like last week’s installment of my 2014 Project 52, I am working one bit at a time towards getting this past summer’s photographs organized and uploaded. On one weekend in-between a three-week sports camp photography gig, my family and I traveled only a few hours north to the small town of Nashville, IN just for the sake of going.

Nestled in the southern portion of Indiana, downtown Nashville is full of dozens upon dozens of artisan shops, stores, and eateries. Surrounded by trees and gardens, each block of the town looks something akin to this: 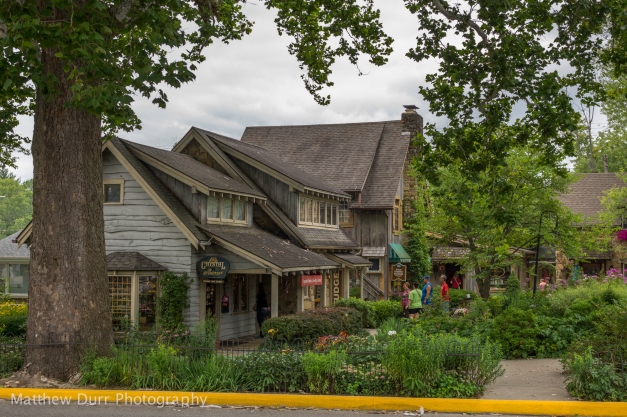 END_OF_DOCUMENT_TOKEN_TO_BE_REPLACED

To continue on with my yearlong project of topic-driven photography, weeks 27-39 threw even more creative challenges my way that unfortunately forced me to do some photographs outside their original time slot. Turns out, it is pretty difficult to manage personal photography pursuits on top of freelance assignments that have to come first. However, in these past couple weeks, I began to catch up in editing photographs for website posts here. To kick things off, let’s get up to speed on the third quarter of my 52 photographs:

Adolescent rabbits are very fun animals to play around with. Depending on their age and fear of humans, you can walk right up to one and almost pick it up before it scurries off. This little guy didn’t know that even when hiding in tall grass with his ears back, a photographer can still see him! END_OF_DOCUMENT_TOKEN_TO_BE_REPLACED

In the world of fast primes, not often are the specs of “200mm” and “f/2” combined in the description of a single lens. Inherently large and heavy, the ultra-fast design of a 200mm f/2 has long enabled photographers to effectively shoot telephoto in very low light as well as create stunning subject separation simply not possible with a 70-200mm f/2.8 zoom. Though the available light advantage afforded by the f/2 aperture is somewhat offset by the high-ISO abilities of modern digital sensors, the extra depth-of-field control still has its place in creative photography. Additionally, when used on an APS-C sensor camera like the NEX-7, a 200mm f/2 helpfully acts as a 300mm f/2.8 would on a full-frame camera.

Though it should come as no surprise, telephoto primes such as the Nikon 200mm f/2 are somewhat bulky and cumbersome even used with a suitable DSLR like a d300 with its vertical grip. When a lens of this caliber is mounted onto a comparatively tiny mirrorless camera such as the Sony NEX-7, the combination looks outright comical. That said, it is far more important  to see how the lens performs in front of an unforgiving 24-megapixel APS-C sensor in making photographs rather than how the kit may turn heads at an event. Read on to find out how the 200mm f/2 stacks up as the professional fast telephoto it aims to be. As always, if you are unfamiliar with my lens review style, please read up on this post first! END_OF_DOCUMENT_TOKEN_TO_BE_REPLACED