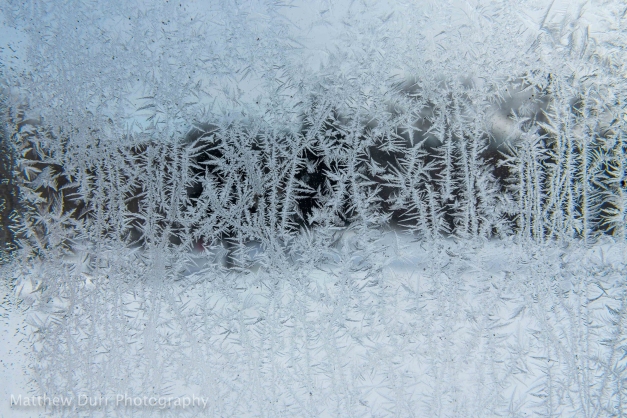 Seems like it has been a while, eh? I suppose I have a lot of catching up to do!

When it comes to photography in inclement weather, I used to always be a firm proponent of the “get out there and do it anyway” thought process. Alfred Wainwright comes to mind, “There’s no such thing as bad weather, only unsuitable clothing.” In that, I have had great luck in the past photographing through deluges of thunderstorms, searching for compositions in heavy snow, and even waiting through balmy and mosquito-filled evenings for a good sunset in Florida. It’s the shot that counts at the end of the day, right? After all, discomfort from a bit of heat or cold is really only temporary if one plans ahead.

This past winter, though, makes me think Alfred Wainwright never visited Chicago.

When I first arrived here late last March, I experienced the tail-end of a northern Illinois winter. Sure, it was cold. Sure, it was also a bit windy. But, only the occasional snow shower made travel a pain, and I figured it couldn’t have been that much worse in January and February. Suffice to say that I hate proving myself wrong.

As a Kentucky native who spent a couple years in an equally mild temperate Japan, Winter 2019 threw me through the wringer, to say the least. For a good two months, North Chicago never really rose past freezing, and during the infamous polar vortex, lows plunged well into the negatives Fahrenheit for a solid two weeks straight. Though I’m sure a few northern Canadian readers may laugh with a slight air of experience, I wonder if they go through the same near-daily onslaught of wind we do here.

You see, it’s the wind that really kills here, and they don’t call it The Windy City for nothing.

Wind chill is a very real–and very dangerous–add-on to felt temperature during colder days. 10 mph winds (the annual average Chicago wind speed) may not sound strong but its effect on cold perception gets exponentially stronger when the mercury dips. Just to put some values to the anecdote, 10 mph winds at 32 degrees Fahrenheit feels like 24 degrees. The same wind at 15 degrees feels like 3, while 0 degrees feels like -16.

To go out in weather like this is unsafe, to say the least. Even if bundled up properly (think 1-2 pairs of form-fitting base layer, sweater, and jacket), the gusty cold seems to find a way in. Want to operate a camera properly? Good luck! Assuming the cold doesn’t sap the battery or prevent operation altogether, have fun trying to operate any manual controls with multiple pairs of gloves on. It’s that last part that long-time readers may have heard before. Even as I write this on May 2 in 40-degree rainy weather, I’m still waiting to get full feeling of my fingers back. Hopefully Spring will come by June. 🙂

As this awfully-cold climate would have it, I just couldn’t really get out much to do local photography during these first few months of 2019. The days it snowed, it snowed, making safe travel impossible for white landscapes. Trips downtown were out of the question too; the wind-tunnel effect from skyscrapers only magnifies the icy bite. Add to all that, I got to experience the consistently drab “Midwest Gray” skies that stayed dull for weeks on end.

So I admit, this winter I hibernated. Like a good number of photographers out there who put their cameras away for an entire season, I too saw my poor gear collect dust.

But hope is on the horizon, of course. Signs of Spring are showing up all around, notably with greener grass and the start of budding trees and early wild lilies. With that came quite the flowery sight in my own home, one that was many months in the making.

Last June I purchased a simple amaryllis all-in-one kit to add some much-needed greenery to a bare window. Simple, right? Plant the bulb with the provided soil, water it, and 1-2 months later a nice flowery stalk will emerge for some vibrant in-home color, in theory. A month passes, and telltale green stems emerge. Three months pass…the stems grow to a couple feet, but still no stalk. Odd. As the months go on, and even with direct exposure to the sun, the stems just get longer, with no flower in sight. My wife and I both guessed we just got a dud, since we were well half a year behind on the estimated bloom time. Since the plant wasn’t dying, we still watered it and kept it in the corner of the window.

It wasn’t until mid-April, almost 11 months after planting, that we saw a small stalk emerge. There must have been some massive reserves of potential energy stored up in the bulb, because it shot up a couple inches each day! As I saw the two symmetrical buds emerge I wanted to try something new: a macro time-lapse. I’ve always been a fan of time-lapses in general, but the up-close beauty of sped-up plant life never ceases to amaze. If photographed outdoors, one can see plants “breathe” with the sun day after day.

In North Chicago, wind and cold even in late April would make an outdoor shoot impossible, so I set up a controlled test in my computer room. Two separate lights positioned at the ceiling provided even illumination, I locked my a6500 in to my trusty tripod, and a small string connected to the stalk helped to stabilize against any HVAC interference.

For settings, I locked in an interval of 30 seconds with 15 second exposure times to allow a narrow aperture and base ISO. So, played back at 60 frames per second, I would get a speed increase of 1800x compared to real time. Let’s see how that turned out. (Reminder, make sure playback is set to 1080p/60 for best quality)

Smooth! Well…mostly. Through the final 16-hour sequence, so many extra details are visible, such as the anthers “blooming” to expose pollen and even the background bloom twitching at the 20-second marker (perhaps the petals stuck to each other?).

Successful test? You bet! Technical perfection? Of course not. Here’s some tips I learned for both future me and any out there curious to try this themselves:

Perhaps in the future I may attempt an outdoor time-lapse with low-lying plants, or set up a wind shield if time permits. Otherwise, I would like to go even smaller with some multi-bloom flowers indoors to really get some near-microscopic detail. With Spring almost here, the chances to do just that will show up just about everywhere.

That’s all for this seasonal catch-up post and time-lapse experiment, guys and gals. Thanks for dropping by! I’ll still do my best to get “suitable clothing” to try and brave another Northern Illinois winter next year, because I’m sure there are some wonderful snowy landscapes out there to photograph. Who knows, maybe I will have been acclimated by then. I’m not holding my breath, of course. 😀 As always, have a great day!