Let’s get this show on the road.

First up, some more thoughts on the Noktor Hyperprime 50mm f/.95 by SLR Magic. So far this lens seems to be a toss-up for me. The build is certainly impeccable, the operation is smooth, and hey! The amazing subject separation possible at f/.95 gives images that “full-frame” look along with supreme low-light capabilities!  That comes at a cost, though. Detail is only fair in the center wide-open. As a subject moves away from the center of the frame, the total loss in sharpness is noticeable even at the image level. Throw in what appears to be pronounced field curvature, and the corners almost always look awful with this lens. Icing on the cake, contrast at f/.95 is pretty low (though, this can be helped somewhat in post-processing).

I haven’t really stopped it down that much to see how much the image improves at f/1.4 and f/2 (beyond that, what’s the point?), but if I don’t really see a marked improvement, I won’t see this lens getting a good recommendation from me. That said, I don’t tend to let technical issues get in the way of photography; I have taken it along with me the last couple of days to see how it fares in making images, wide-open for the most part. First up, at an art gallery: 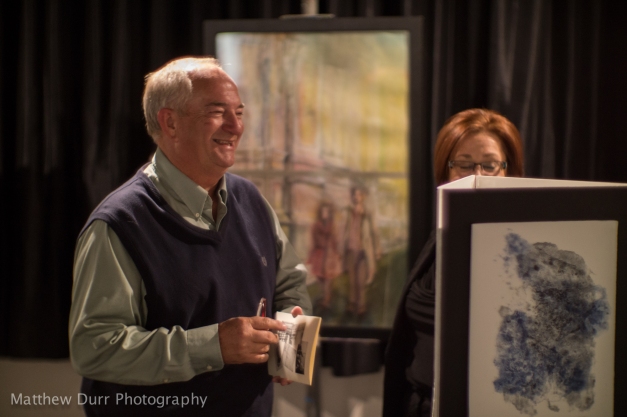 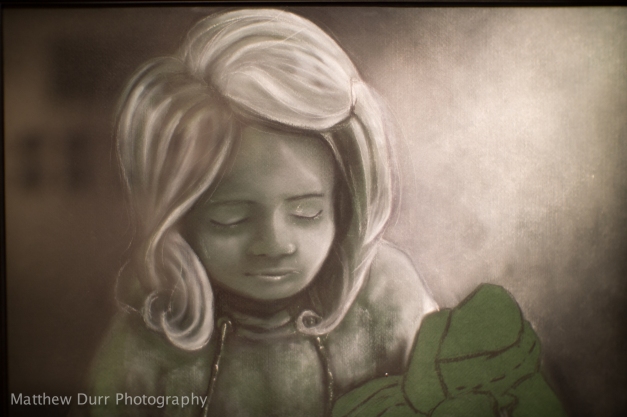 Now onto a small outing downtown. Note that for proper exposure in the daytime when at f/.95, a neutral density filter is highly recommended. I don’t have one (yet), and for the sake of keeping highlights from clipping, I wish I did.

At f/.95 and close-focus, detail across the frame is extremely mushy. That little bitty flower is actually in focus. You can go for some interesting effects using this, if that’s what you’re after. 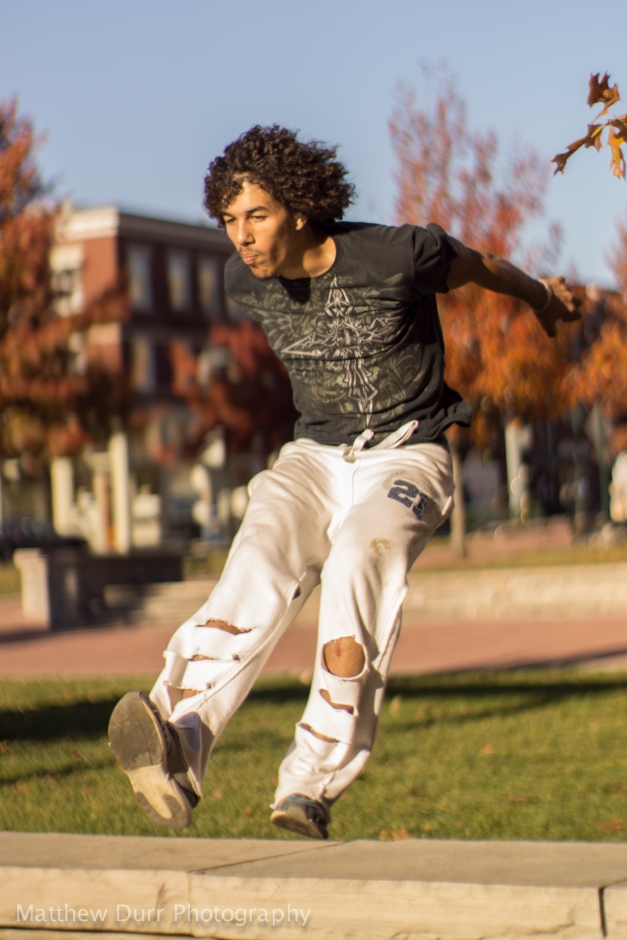 With its step-less aperture ring (meaning, there are no clicks at any point in the aperture range), the Noktor with its dampened and smooth focusing could be a great candidate for videography on your mirrorless camera–if you know what you’re doing. I, however, am no videographer. On that note, I hardly see myself as one in the near future. By reader request, and my own curiosity, I still wanted to see what the shallow depth of field could provide while shooting video. The below is unedited save for trimming clips (so exposure/white balance is off in some cases). Most was shot at f/.95 (watch in HD for best results):

Pretty cool, right? If you can nail focus while subjects are moving throughout a frame the separation is really something else with this lens! As far as this lens’ impressions go, that’s about it. I haven’t done any formal testing with my chart and cheapo tripod yet (and no, I have not forgotten about reviewing the 70-210mm f/4 E), so I’ll let my opinion stand that I am pretty divided on the usefulness of this lens. At times I love it, and other times I’m frustrated with the results.

Moving on, a singing comedian came by the university to give a little performance on Friday night (taken with my 180mm f/2.8 AI-s ED): 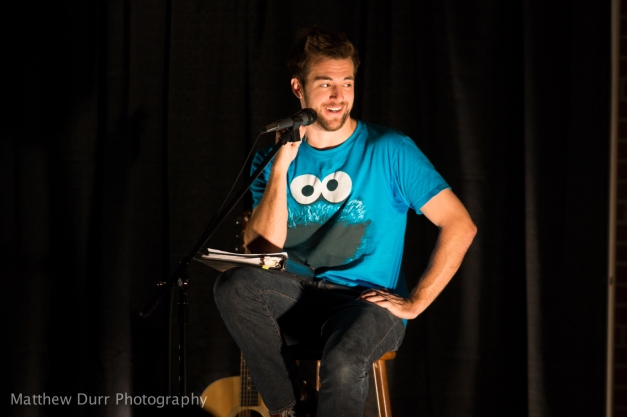 I thought he was pretty entertaining, though I always find the novelty of singing comedians enjoyable. The following clip was taken on a monopod (with that 180mm), and stabilized with YouTube’s built-in anti-shake feature. Not as good as a tripod, but it’ll do for this clip. Again, watch in HD if your connection allows. 🙂

Last but certainly not least, I was privileged to get my first press pass for shooting a Division I basketball game (exhibition match) on the sidelines this past Monday. Granted, I was “only” getting photos for a sports section in a newspaper, but it was a ton of fun and an amazing experience. The looks from the “pro” photographers with their D4’s and 200mm f/2’s at my NEX-7, 105mm f/1.8, and 180mm f/2.8 were hilarious. A couple even asked me to make sure I wasn’t crazy using manual focus for sports. Showing them in-focus pictures shut them up pretty quick. 😉 All at ISO 800 and 1/640, and apologies for any missed white balances (color-blindness makes correcting this very difficult): 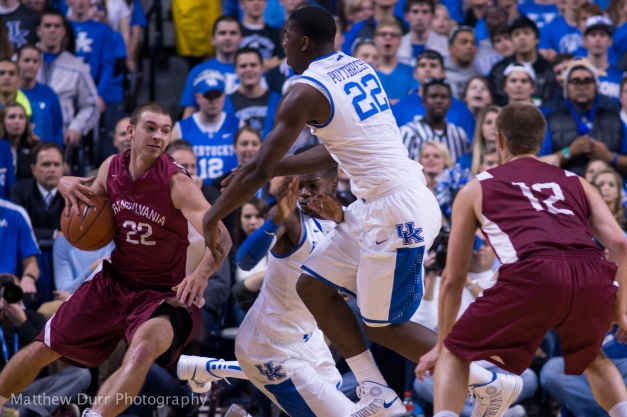 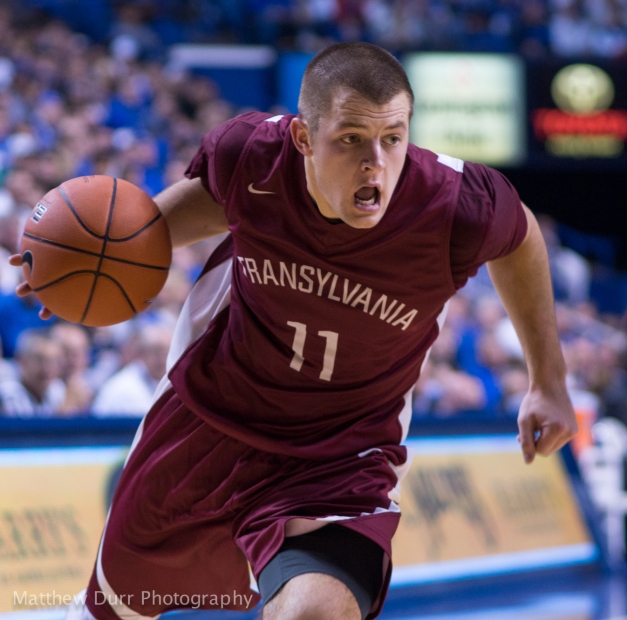 What a week it’s been! That’s all for this post guys and gals. Thanks for dropping by, and as always, have a great day!

7 comments on “Weekend Update: Noktor HyperPrime First Impressions, Comedy on Broadway, and Division I Basketball with the Sony NEX-7!”