For fraternities in college, Bid Day is a special occasion which marks the end of recruitment for new members into the fraternity. Some colleges, such as Transylvania University, make an interesting spectacle out of the event. Fraternities parade with their painted colors, costumes, and flags to a common area and gather en masse to await run-outs. These new potential members, known formally as pledges, literally “run out” to their fraternity of choice to be swept up into the group of fellow future brothers and lifted into the air. What follows is a unified show of almost simultaneous excitement and anticipation; the fraternities are grouped very close together, so they often do not know which pledge will run to who until he is already barreling toward them.

All of the following were captured with the NEX-7 and Nikon 105mm f/1.8 AI-s (all shot at f/2.4 and ISO 100 as well), the same lens which I have fallen in love with ever since Holi Day this year due to its unique rendering of detail and depth-of-field separation even at a distance.

First up, the parades:

After getting set up in their spots, the fraternities cheered for run-outs to run towards their fraternity

The run-outs themselves varied in excitement. Some were super-pumped:

While others were a bit “less” enthusiastic: 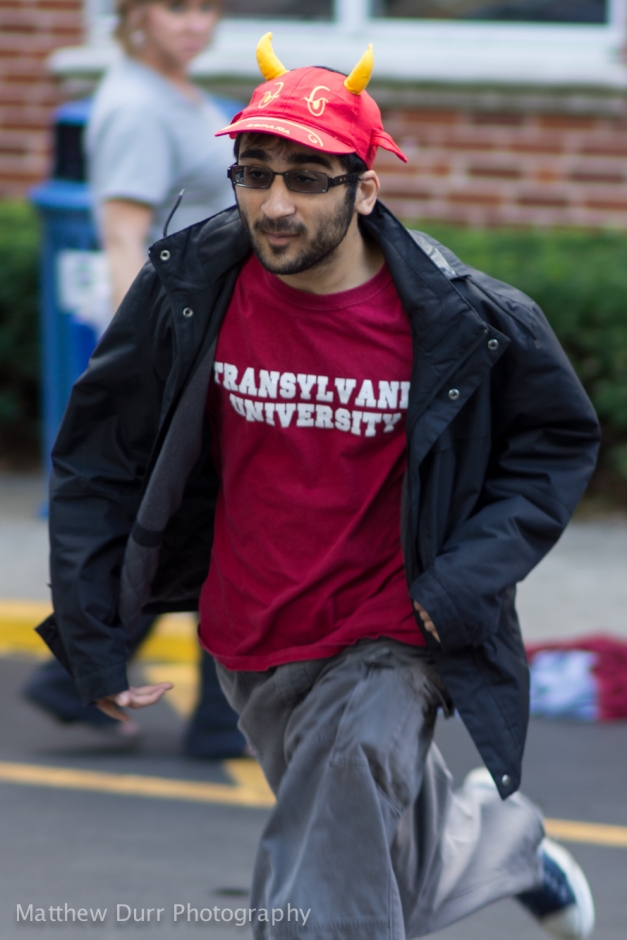 But as the new pledges neared the fraternity of choice, pandemonium broke out: 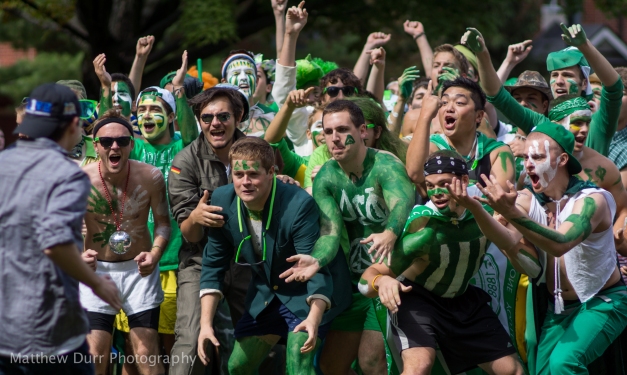 Each run-out got their chance to crowd surf their new fraternity:

While there were a few who jumped straight into their future brothers’ arms:

After the initial run-out, many of the fraternities gathered together to sing their songs, this one even had a conductor:

Immediately following, the different fraternities dispersed to different sections of the campus, in full run. I had to sprint to keep up with these guys: 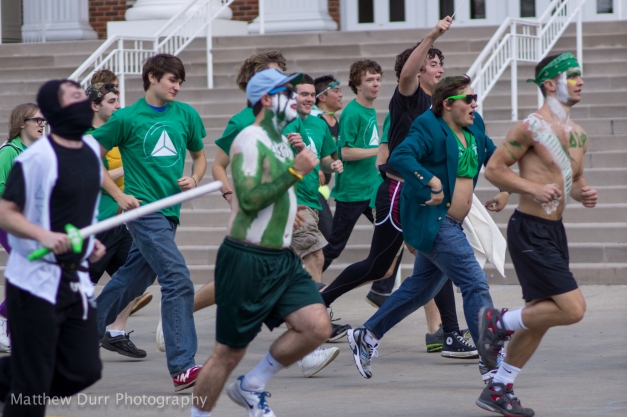 Once gathered again, the fraternities joined with their new pledges in more songs and shouts: 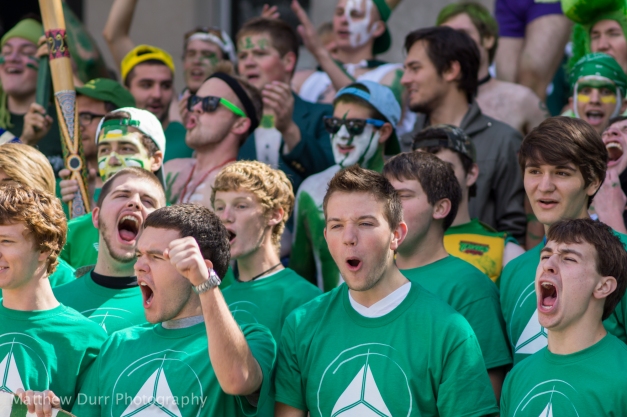 All-in-all, it was a very fun experience to witness and follow around this annual event as it happened, and I felt I brought the perfect lens for the situation, though a little wider couldn’t have hurt. I wouldn’t have minded using an 85mm f/1.4 as well. 🙂 To round it all off, some of the costumes worn by the fraternity brothers were pretty amusing: 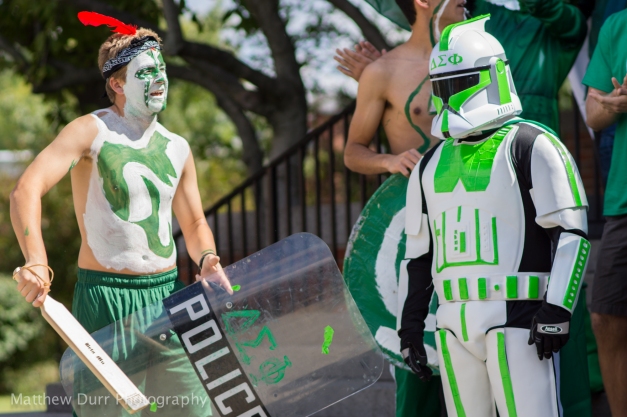 And that’s all for this post guys and gals, as always, have a great day! 😀