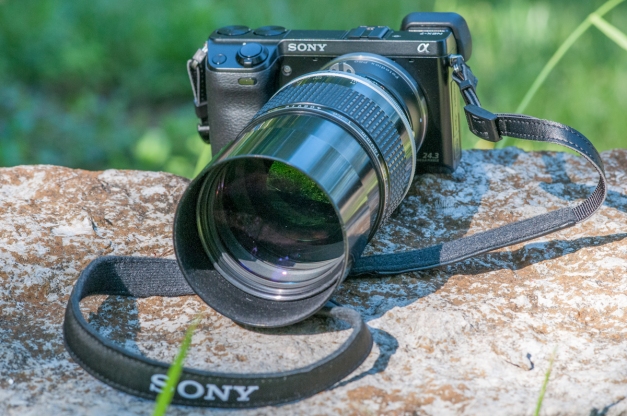 You know, it’s really not that big!

In an attempt to keep the review train chugging and rolling along, I finally acquired another long, fast, telephoto a couple weeks ago to fill the range in between my 105mm f/1.8 (review seen here) and 300mm f/2.8 (impressions/review coming later). This lens is the slightly-odd Nikon 180mm f/2.8 AI-s ED. It’s relatively small, not too heavy, and is pretty fast for its focal length. You put those three things together, it wouldn’t be expected to perform well wide open, right? Wrong! The “ED” abbreviation in the lens name stands for Nikon’s Extra-low Dispersion glass, which basically is just special glass that is extremely useful in long, fast telephotos to reduce secondary chromatic aberrations (notably purple fringing). My 300mm f/2.8 has an element of this glass, and it enables use wide-open, no problem! Purple fringing, compared to other fast primes without the ED glass, is negligible. This sort of performance is what other fast telephoto lenses can only dream of. Other lens companies can try—my old Tokina 80-200 f/2.8 that I no longer own had its own version of ED glass—but it wasn’t near up to the level of this lens at f/2.8 (though, in fairness, one lens is a zoom, the other a prime).

The one thing that surprises me about the 180mm is the density. There’s not a lot here as far as size goes, at least in the hand, but man, the thing weighs 28 ounces! Just for comparison, the NEX-7 weighs only 12 ounces. My 105mm f/1.8? 20 ounces, a full half-pound lighter! I’m not going to lie, I need to draw the line here: unless your shoulder strength is abnormally strong, 2 lbs (32 ounces) is the most that should ever be mounted to the front of this camera for hand-holding. Unless you have surgeon’s hands, 180-200mm is the absolute longest focal length that should also be ever attempted handheld (unless your lens has active optical stabilization). Acquiring critical focus via manual-focus zoom in is doable, but not easy. Good technique is essential here.

Anyway, I had the chance to take it out a couple times just for fun over the past week, and made it a personal requirement to shoot wide open (all the shots shared here are at this aperture). I got the lens hoping for this reason: I need to keep the shutter speed high (for sports/action), create great subject separation (at f/2.8 and 50 feet, the depth of field is just over two and a half feet. Not bad!), and to keep my ISOs as low as possible. I had considered the more exotic Nikon 200mm f/2 AI-s ED for awhile, as at the same distance at f/2, the depth of field is just about 1.8 feet, and is twice as fast, with more (20mm) reach. However, the 200mm is significantly more expensive ($325 vs ~$3000!), much heavier (1.75 lbs vs 5.6 lbs!), and is harder to find in the states. Basically, where the 200mm would stay on a monopod or tripod like my 300mm does, this 180mm is light-weight enough to be part of a walk-around, handheld kit. So, this means more photos in more places are possible; a great thing in my opinion. Even still, I can’t get over the fact that I would still love to own the 200mm f/2. 😉 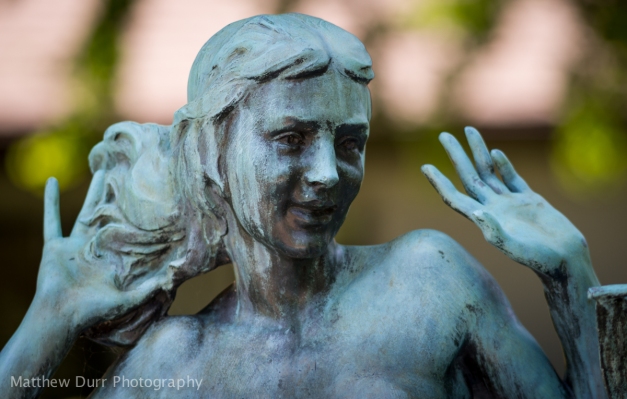 Admittedly, yes, wide open, and in scenes of extreme contrast, there is some purple fringing. But in normal shooting situations, it’s never a problem. Keep in mind that Adobe Photoshop Lightroom 4’s purple fringing correction is extremely effective. Regardless, I will discuss this in the full review. Rest assured, it’s not a big deal.

There was one performance quality that I was concerned over with this lens. As mentioned above, I need to use this lens wide open, pretty much all the time. However, sharpness/contrast with long, fast lenses wide open isn’t exactly known to be that stellar. This is not the case with the 180mm. There’s a mechanical reason for this (that I am speculating on) which will be discussed in the full review, but I am floored with the pixel-level sharpness wide open.

Take this boring shot of a far-off squirrel (not full-size, just take note the small thing in the center is the squirrel): 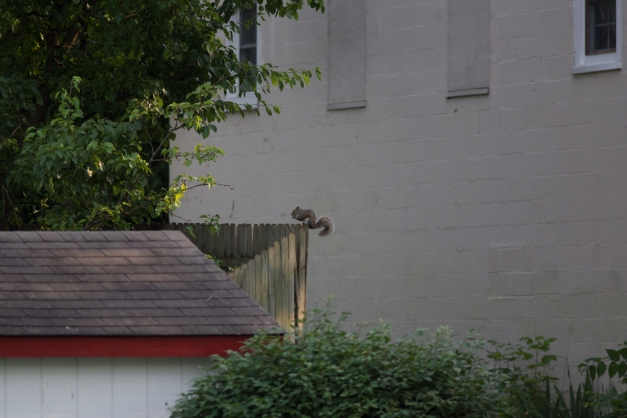 You may not be able to see it… 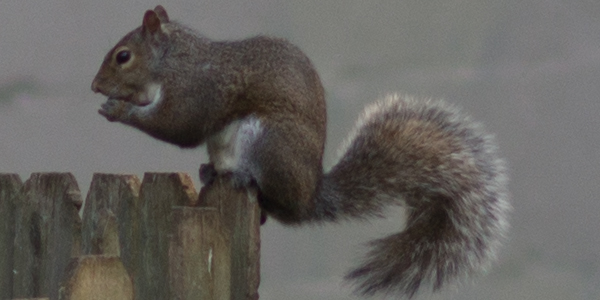 Wow! Just to re-iterate: this is wide-open, straight-out-of-camera, handheld at 1/400!

That’s about all I need to say as far as sharpness is concerned. If this lens is this sharp wide open, I’m chomping at the bit to see just how much better it can get when stopped down just one more stop to f/4.

Anyways, I’ll leave it at that, with a couple more pictures. So, basic first impressions in a short sentence? It’s a nice, long, slightly heavy lens that performs admirably wide-open! Stay tuned in the next week or so for the full technical review. 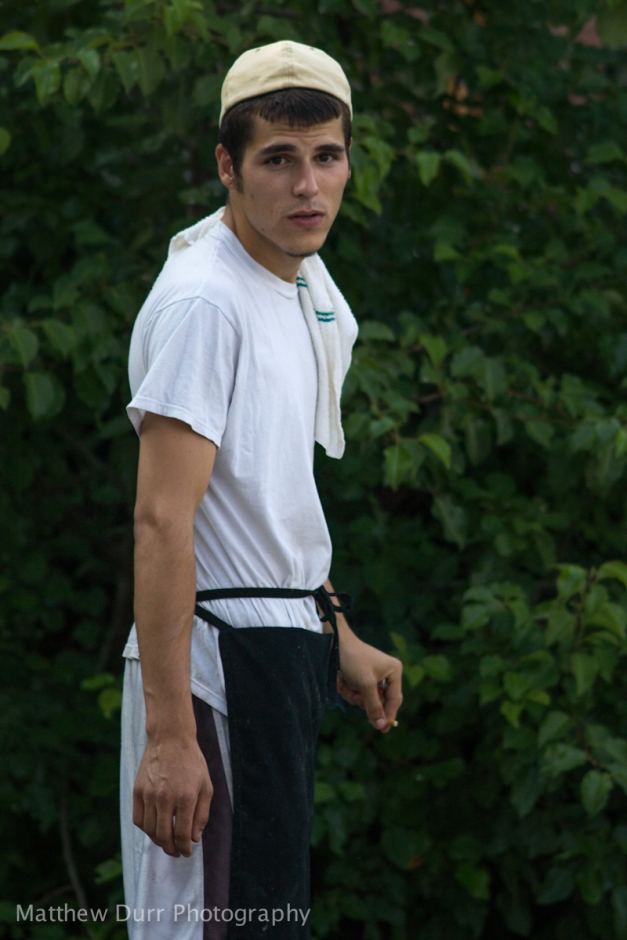 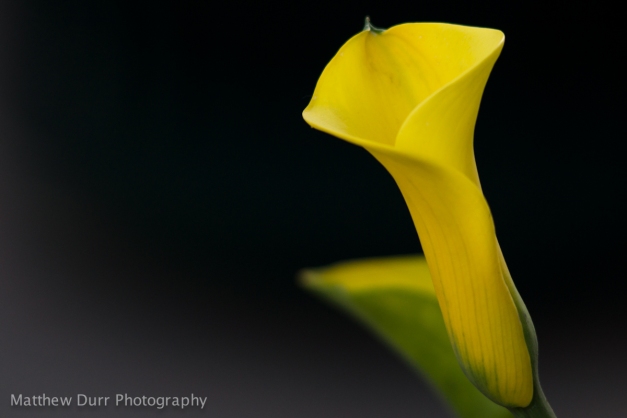 Until next time, have a great one guys, thanks for dropping by. 🙂